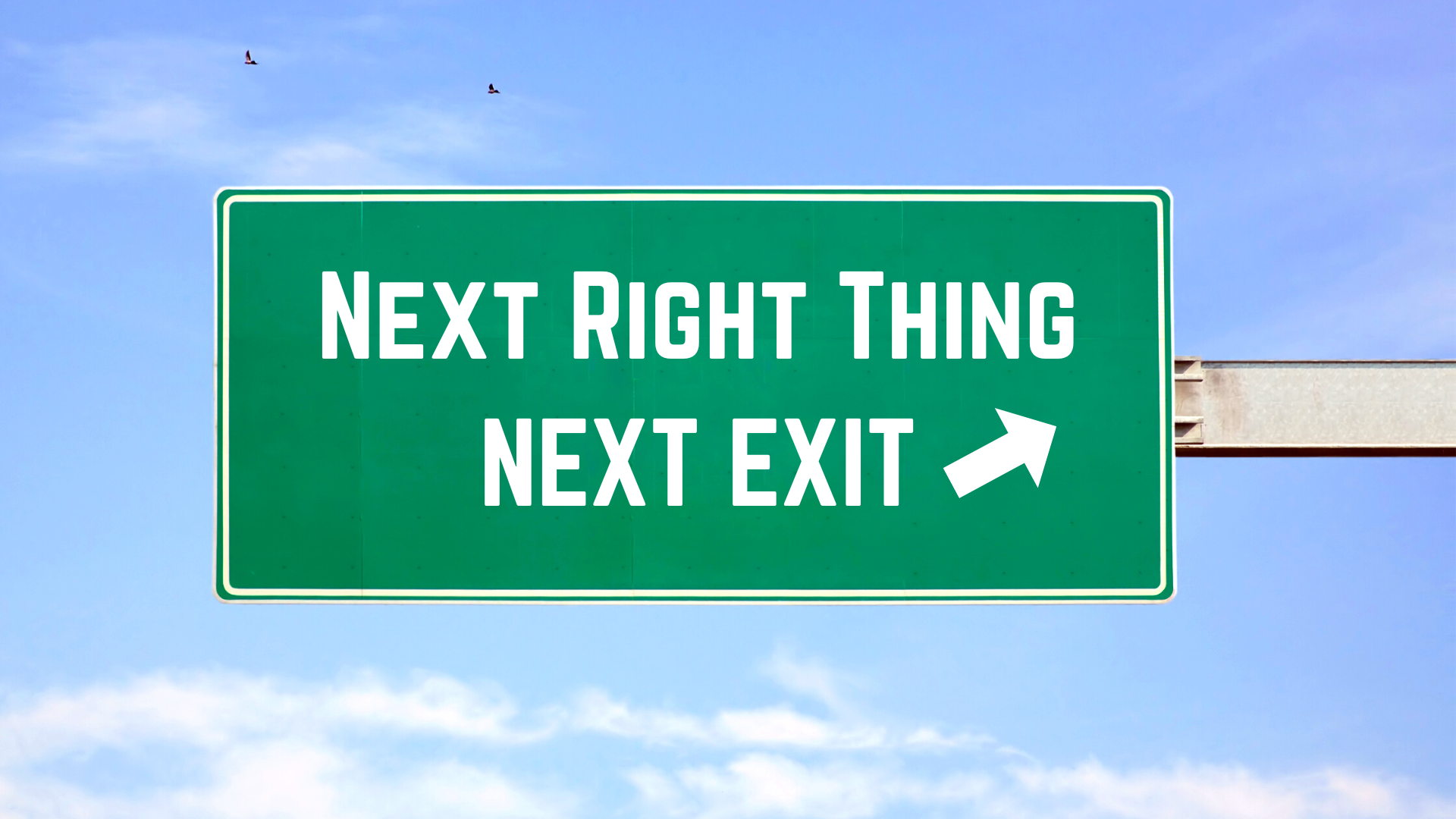 The Next Right Thing

“What is the “next right thing” you can do?”

If you’re tracking your intake and you go-off plan, the day isn’t “lost”, you simply need to do the next right thing. Can you work on moving some numbers around in later meals to salvage the day?

If you miss a programmed run in your training plan, can you skip your next rest day and hit the run there instead?

If you get caught up late at work and miss today’s workout, can you do a bodyweight circuit at home to at least get some stimulus in?

All or nothing mindset never got anyone very far.

If a Major League batter gets one hit out of three at-bats per game, he still has a .300ish average, which would be pretty dang great. If he gives up on himself after striking out first at-bat and blows the rest of his opportunities because of one “miss,” and makes a habit of it, he probably won’t be in the big leagues for long, right?

Life tends to pop up when least convenient and can cause us to go off track, but we can almost always recover if we keep our heads on straight and just look to do the next right thing.

Perfection is great if you’re a robot, but very few of us are robots.
Have a plan, stick to it as often as you can, but when things go sideways remember to pivot and recover as soon as you can as best as you can, and start moving forward once again.

Will I Gain Weight if I Drink a Protein Shake and Don’t Work Out?