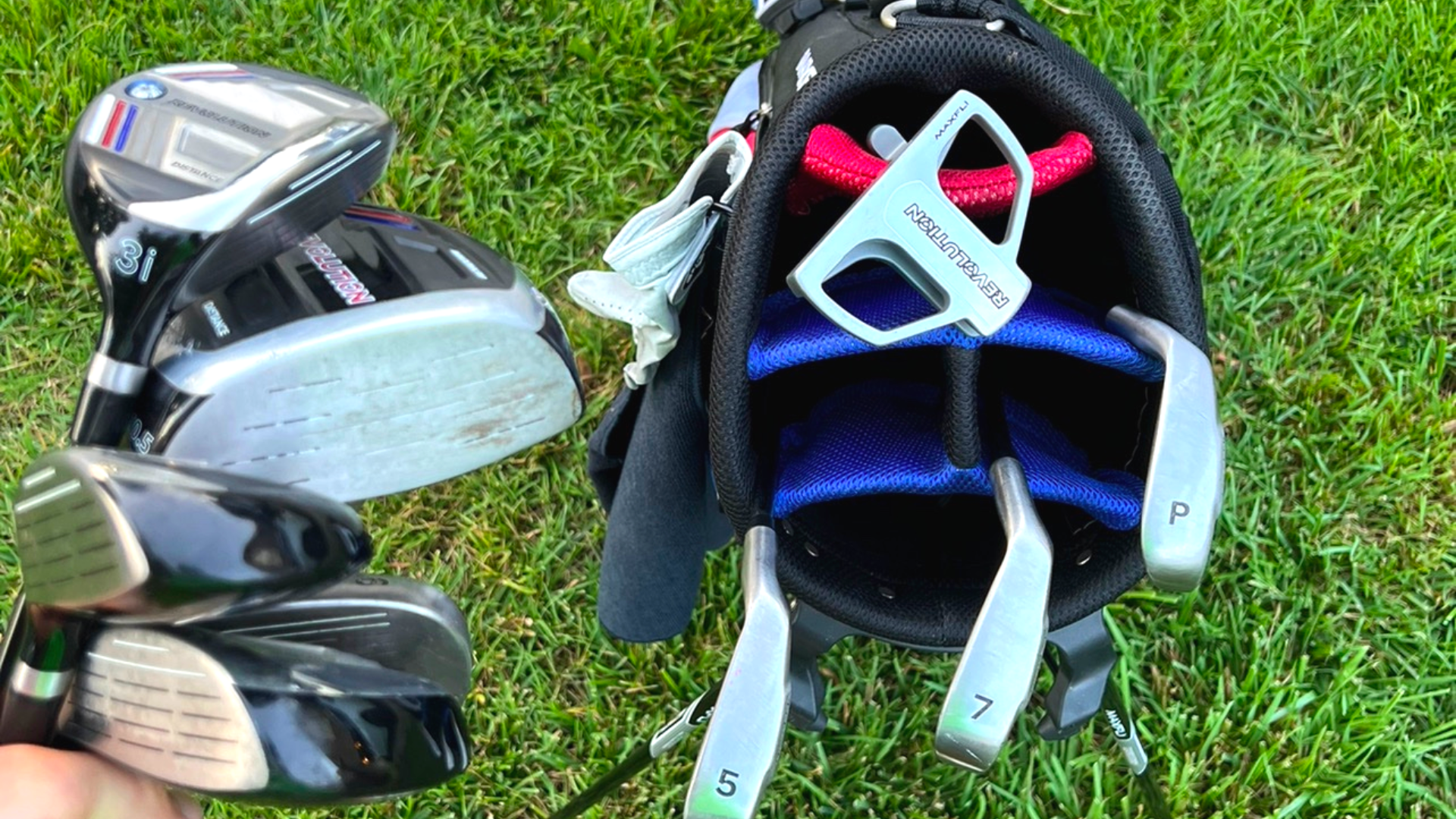 Slow is Smooth, Smooth is Fast

A couple of months ago, I started to play golf. Emma and I signed up to play in a charity golf tourney after a friend invited us and told us it was for a great cause, so we jumped in.

I golfed for about two summers over 10 years ago, playing maybe 3-4 times a year. I was terrible. I was terrible because it’s a sport that requires frequent play, and practice, to build muscle memory and progress. Like many things (think skiing or snowboarding or speaking a language that’s not your first language), playing a handful of times per year, with lots of time in between, has higher chance of leading one to massive frustration or feeling defeated than being fun or lending itself to progress.

The tourney came and went (we had fun, I sucked it up because I used clubs I’d not practiced with), and I’ve found myself playing a few times a week since then, and when not on the course, counting down til the next time I can get out there. We are very fortunate in that we found an awesome family program (First Tee Hampton Roads) that has a monthly membership cheaper than most gym memberships for a family of 4 to play unlimited golf on their 9 hole walking course. It is in the most beautiful setting, 100% undisturbed nature back there, and in many ways it feels like retreating into a peaceful sanctuary while doing something fun.

Anyhow, the reason I keep going back to play now, vs 10 years ago, is that I’m having fun, and I am getting better, which in itself, is fun.

The reason I am having fun now, and progressing for the better, is that I’ve put my ego and pride aside, I am carrying far less in my bag, and I am practicing at getting better with tools easier for me to use. Maybe not for everyone, but for me and my skills.
In the photo below, you’ll see my golf bag, and what I’ve been playing with. 4 clubs total. A 5 iron, a 7 iron, a PW, and a putter. In my hand (not in my bag aka toolbox) you’ll see all the clubs that over the last couple months, have proved themselves counterproductive for me to use, for now.

The driver is arguably the funnest club one can use, if they can hit it well. I cannot hit the driver well. I can hit it FAR, but not well. Far is useless when your ball travels as far off to the side (into trees, water, sand, a different hole’s fairway, etc.) as it does in a forward direction. Metaphor somewhere in there to be made, right?

The 3 wood is in theory easier to hit than the driver, but I’m pretty awful at that one too.

For now. I’ll get it down tho.

My first few times out in this recent foray back into golf, I took along every club I owned, and committed to hitting my driver to get off the tee box, until I could hit it proficiently. Rather than taking lessons or changing my technique, my way of becoming more proficient was basically swing harder, grip harder, hulk it as much as I could, and wonder why it just wasn’t improving. It was no fun at all and this sport I so desperately wanted to get better at, was going the same way it had a decade ago the last time I tried only to ultimately give up on it.

I did some light reading on the inter-webs, as I often do, and read the advice to put down all but a handful of clubs, get better with those, HAVE FUN, stay going, and keep getting better.

So out came all of the clubs outside what you see in my bag now (and sometimes my 9 iron if I’m feeling froggy lol).

Off the tee box, I am hitting nowhere near as far as the 1% of the time I hit my driver decent. With my 5 iron, on a dry day, I may get it out near 150-180 yards down the fairway but darn if I’m not hitting them straight, and not losing balls, not losing strokes. From there my short game is pretty decent so if I can just get myself off the tee-box anywhere down the middle, it’s all fun from there. I have set myself up for success on that hole.

And again, I am having fun.

I am watching people of all types CRUSH their driver, in every possible direction outside of straight forward, usually cursing afterwards while their buddies all laugh. Then they do it on the next hole. And the next. And the next.

None of those golfers look like they’re having fun. Losing a ball stinks, getting poison ivy off in the woods hunting for it stinks, paying money to get frustrated stinks.

With my sad looking arsenal in my bag, I am steadily getting better and better. I am often within 2-3 strokes of par on many holes now, and that’s taken me just a couple months, most of that progression coming in the last 2 weeks. I’ll even par a hole or get the occasional birdie (now THAT is REAL fun)!!!

I was willing to not go as far, as ‘fast’, in favor of going in a straighter line even if a shorter one, knowing taking a direct path to the hole and staying ‘on track’ was a much better call. Added bonus, it makes the game MUCH more enjoyable and at this rate I can see it being a lifelong endeavor, not another short lived attempt followed by quitting.

Golf is an amazing metaphor for life. Maybe “how one may choose to approach golf” more than golf itself.

The biggest shiniest thing that is fun to talk about or impress others with is often times not the best thing, for us. Sometimes that thing flat out stinks and will leave us frustrated and ready to quit.

Put that thing down, grab the simpler thing that you are competent with, and go have fun 🙂

“Slow is smooth, smooth is fast.”

Damage Control (Don’t do it)