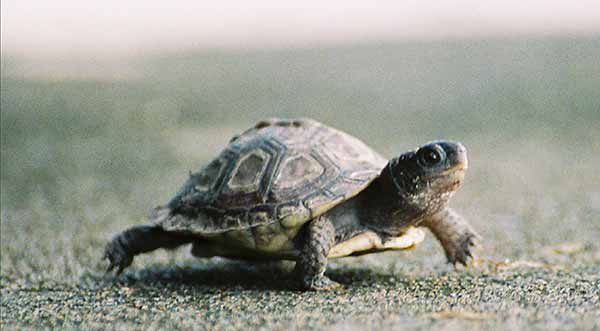 The last time you slipped on your diet, being totally honest, what was your first thought?

Did you think “Hey, that was a tiny mistake and it’ll hardly factor in. Averages over time are what matter most so I’ll get right back on point and that little blip will get eroded away quickly in no time”? Or did it go something more like “Welp, already ate half a donut in the break room I didn’t plan for. I really blew it today, so may as well enjoy myself now and I’ll try again tomorrow”?

For most normal humans, the second option is the more common thought process.

Why? Because we have been conditioned to look for and deal in extremes.

It’s not enough to drive a reliable car, you need that Tesla that one guy down the street up to his eyeballs in debt drives.

It’s not enough to head to the gym 2-3x a week when you can fit it in, it’s got to be 5 days a week, and ONLY at 5am, because that’s when the real go-getters do work.

It’s not enough to run/walk a 5k with your kids, you know one guy that ran Western States and 50k is really the only distance that gets respect, go big or go home! Overuse injuries…bring it on!

When we apply that rationale to our diets, we tend to be either really really on point and in a good place mentally, or really really off in the weeds. When we ping pong like that, our bodies never have a chance to get into homeostasis, we’re inflicting psychological warfare on ourselves with binge-restrict cycles, and we’re really throwing out relationship with food out the window. There are perfect days and bad days, nothing in between.

With that mentality, odds of success are low single digit. Food is too abundant, and too tasty, to expect to not slip occasionally.

In losing all my weight, and in 7ish years now of tracking macros at least half of those calendar years, I’d say I’ve had “triple zero’s” maybe 3 times. Yes, current clients, really 🙂 Many clients take triple zeros as a rite of passage and strive to hit it as often as possible. I’ll praise them but also then remind them that consistency over time, and sustainability, is going to bring them to far greater places than short bursts of perfection followed by inevitably hitting a mental wall, and then going off track in grand fashion.

Much of dieting can be compared to a long running race. When I transitioned from 5 and 10ks to the longer races like 50k’s, going slow was a very foreign concept to me. Slowing down to ultimately go longer felt…wrong. I judged a good run prior to that by how high my HR got, and how much I was sweating. Once my coach had me looking at HR metrics and using that to pace myself, my ability to run longer and longer amazed me.

Dieting is no different. If your Garmin is helping you keep tabs on your heart’s beats per minute, you want to keep your own version of a mental Garmin, and find a zone you can maintain. For most, that’s going to look something like right around an 85-95% adherence rate. In my experience that’ll keep things super sustainable. Length of time needed to stay with it is dictated by how long someone has to go to get to their goal range, and that rate can increase or decrease at times, but the magic is never letting it really fall out of that 85-95% range.

Just this morning I had a client tell me that she wasn’t able to hit her step goal yesterday, but she didn’t let that stop her from working toward it late. She turned on a Steps On Demand video, and while it was raining cats and dogs outside, she racked up steps in her living room. She knew 30 minutes of that was not going to close the gap between where she was and the 10k step goal she’s got, but she decided something was better than nothing.

And that is why she will be so successful. She made the choice to not let perfection get in the way of doing something. Imagine that exact scenario playing out 2-3x a week for a year. How many extra steps will she have racked up with that mentality? Compared to the zero steps she’d rack up with the “it won’t get me all the way to my goal, so why even try?” mentality.

Dieting is essentially one big series of choices, and it’s a momentum game. What choices can you make today, however big or small, that will add up to something?

It sure is better than nothing.

Ask me how I know.

Close Menu
START WORKING TOWARDS A BETTER YOU. JOIN TODAY!